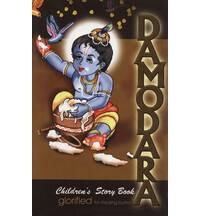 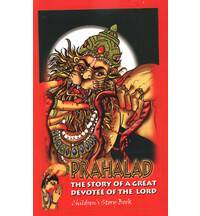 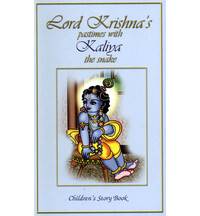 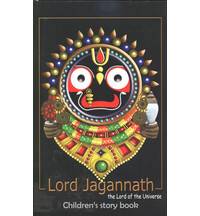 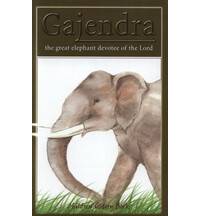 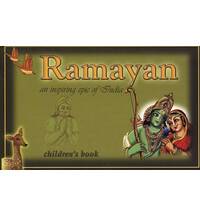 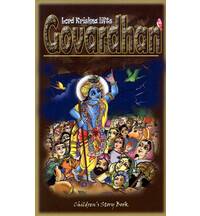 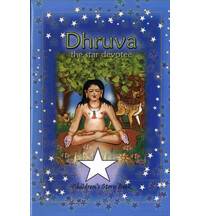 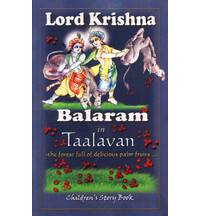 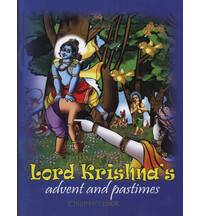 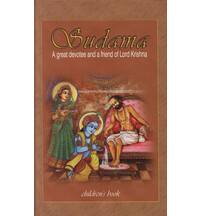 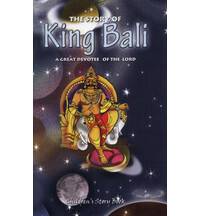 This book is based on the teachings of and dedicated to His Divine Grace A.C. Bhaktivedanta Swami Prabhupada.

One day, little Krishna, and His cowherd friends went to the forest on a picnic along with their calves. After playing for a long time, they felt hungry.

"Look, that place on the river bank is so beautiful," Krishna said, "Let us sit there and eat."

All the gopas sat around Krishna and opened their lunch packs with great excitement. "Krishna see! See what I have!" Sridama called out. Krishna bit off a piece of sweet and said, "Mmmmmmm... so tasty."

Joking and laughing loudly, the boys had great fun eating with their very dear friend Krishna.

Krishna ate the curd rice and pickle that His beloved mother had packed for Him by holding some in His left hand.

Suddenly, the happy gopas noticed their cows were wandering deep into the forest. "Oh, no!" they sighed. Krishna smiled and said, "My dear friends, do not stop eating. I shall go and bring the calves back."

The gopas were not there! Krishna is Bhagavan thus he understood that it was Lord Brahma who had taken away all the calves and gopas and put them in a magical sleep in a cave. Brahma wanted to test the power of Lord Krishna who was playing just like a little boy. "What would Krishna do now?" Brahma wanted to see.

Krishna smiled and expanded Himself as all those calves and boys that Brahma had hidden. Each gopa and each calf looked exactly like the originals.

After a year, Brahma came back to check on Krishna. He was surprised! "What is this? Did Krishna bring back all the calves and boys that I hid, from the cave?"

Brahma watched Krishna. He tried, again and again, to understand which set of gopas and calves was real. All his four heads reeled in confusion

Brahma checked in the cave. They were still there sleeping. Brahma became confused.

All the gopas and calves with Krishna suddenly turned bluish in complexion. As the puzzled Brahma looked on, they all took the form of Narayana -- Krishna's four-handed form. And all of them entered into Krishna!

Brahma prayed, "My Lord, I am just like a small spark in the presence of a great fire. There are people who say, 'I know everything about Krishna.' Let them think that way. O my Lord, I know now that it is impossible to fully know Your great powers."

Brahma went back to his abode after returning the gopas and calves as they were before.

The cowherd boyfriends of Krishna where not at all aware that they had been sleeping for a year, said, "Krishna, You have returned so quickly!" We have not eaten even one morsel in Your absence. Please come here and take Your meal without distraction."